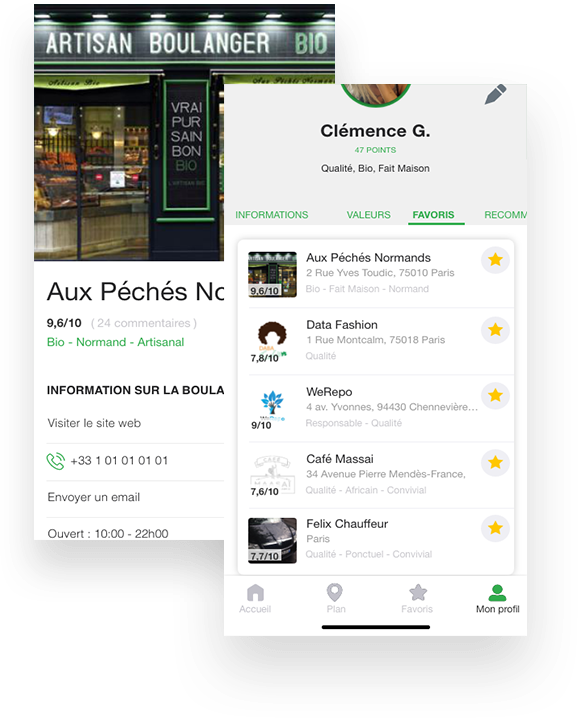 Afrisia is an application that locates the values ​​of the user and proposes a new form of visibility to small businesses. The idea is to allow the user to regain control of his consumption process.

A unique concept, disruptive and precursor: the geolocation of values.

A favorable context with the rejection of the GAFAs and the effects of globalization, the questioning of policies, the mistrust of the diktat at all disposable, the fed up of food scandals, and financial, the awareness global waste with one part of the population growing and the other dying, the alarming finding that we are putting our planet at risk and de facto the human race and all other living beings on earth ...

A micro community of Afrikaans supports the initiative and its founder, Christian, in this reframing of values.

A unifying vision that corresponds to a deep and natural desire to consume according to its values.

We collaborated with Afrisia as an ambassador when we had just opened our first Parisian restaurant. After a visibility campaign, Afrisia gave us the opportunity of a major highlight through a stand in a mythical sign of the Parisian place;

We launched our first bag collection and did not hesitate to call on Afrisia's services. Especially in the commercial accompaniment. As eCommerce, we needed a referrant that respected our values.

At the time of the launch of the formula for individuals and the solution SME, we wanted to appeal to a neutral institution, which would be able to respect the values ​​of our hyperconnected community.

It is a massive construction weapon. I had the opportunity to meet the Christian at one of these conferences. I liked the reasoning, loved the idea and used the app actively.

of AfrisiaUSER
AFRISIA, C’EST QUOI ?This is the new revolutionary answer

BE AFRISIAN,It is to create a community around oneself according to its values 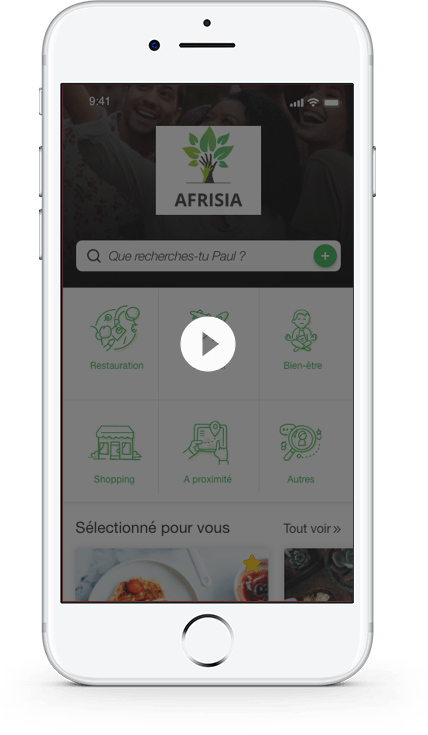 BEING AFRISIANHaving the freedom to liberate your community

BEING AFRISIANIt is to support every day its values